CLEVELAND, Ohio, April 5, 2017 – Cities like Seattle, Minneapolis and Oklahoma City are leading the charge and reaping the benefits when it comes to LED adoption, but there is still a long runway. Less than 20 percent of U.S. residential light sockets contain an LED bulb, which means millions are missing out on this high-quality, energy-saving light source.

Changing just one 60-watt light bulb to an LED could save as much as $130 in energy costs over the bulb’s life, enough to buy 40 extra lattes, cover 16 trips to the movies or pay for other fun treats.1 It typically costs $5 or less to make the switch and help leave a positive impact on the environment, and as Earth Day approaches, there has never been a better time to commit to LED. 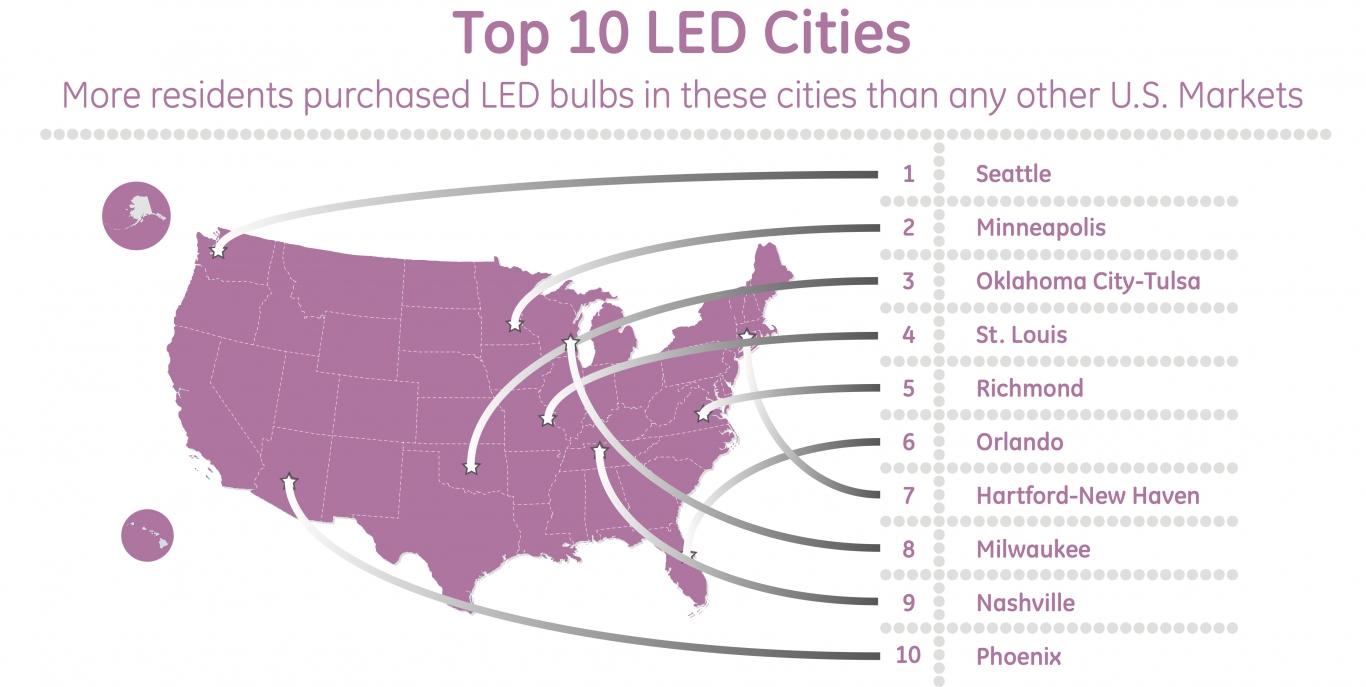 These cities are leaders in LED adoption, impacting the environment and shaving energy use and costs at home. Cities are ranked by percentages of residents who have purchased at least 1 LED bulb over the last year. 2

LEDs are 70 to 90 percent more efficient than traditional light sources, leaving a big impact on the environment. If every American switched out one 60-watt traditional bulb with an ENERGY STAR® LED bulb 3:

Switching every bulb at home to an LED could save about $6,000 over the life of the bulbs.4 That’s enough for a great vacation, but even swapping one bulb makes a difference. By switching just one 60-watt traditional bulb to an LED bulb1:

Throughout the month of April, GE is encouraging consumers to make a pLEDgeto switch even just one traditional bulb to an LED bulb. To help, GE is offering printable LED coupons in conjunction with the pLEDge, as well as a Facebook sweepstakes that’ll earn one lucky winner a whole-home LED makeover. The sweepstakes also includes weekly giveaways of retailer gift cards.